Does LSD Show Up On Drug Test? Guide to LSD Drug Testing!

LSD Drug testing In-depth article! Can Acid be detected in the blood or urine? How long does LSD stay in your system? PsychedelicsDaily sheds light on LSD and Urine tests. 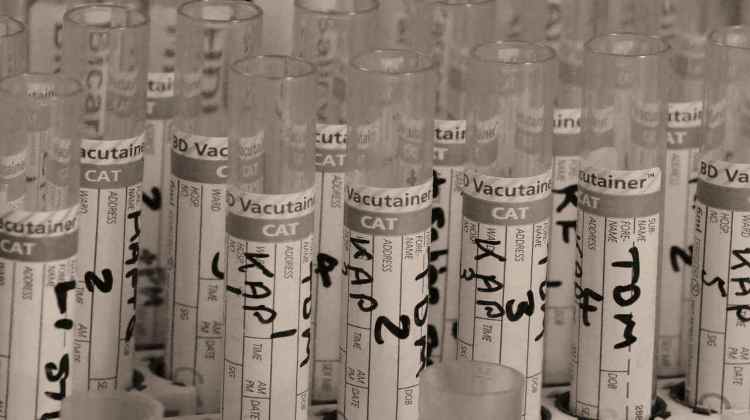 Most people who want to know about using or microdosing LSD have one of the most important questions: Does LSD show up on a drug test?

This article answers that question and a few more.

Psychedelics are making a come-back in mainstream culture. One of the most amazing psychedelic drugs is LSD, otherwise known as Lysergic Acid Diethylamide.

Also find out if Psilocybin Mushrooms show up on a drug test.

Does LSD Show Up On a Drug Test?

If you have recently taken or are planning on taking LSD and are worried about being drug tested, keep reading! Perhaps you are on probation. Maybe you have a court date. Maybe you were convicted of another crime and you’re out on bond and cannot consume Cannabis but would like to take LSD. Maybe you want to start microdosing and you are worried about LSD showing up on a drug test.

Drug Testing is Done For The Following Reasons

It is important to always be safe than sorry. I don’t recommend that you transport or carry LSD with you, even the microdose, for safety reasons. It is smart to stay away from illegal drugs while on probation and parole, or if you’re being randomly drug tested at work or for your active military service.

LSD does not show up on your commonly used drug tests. None. Standard drug testing cannot detect LSD.1

They have to specifically be looking for LSD for a good reason. Even if they do have a good reason to order an expensive and extended drug test in order to detect it, it still may not show up depending on how long before the test you used it. Most of the time, no one really has a reason to test for LSD. They don’t even think of testing for LSD.2

Is LSD Detectable In Drug Tests?

The short answer? Yes. Unfortuantely. But this is a bit complicated.

LSD metabolites can be detected in the urine and blood. The LSD metabolite created by the body is called 2-oxo-3-hydroxy-LSD which has a slightly longer half-life than LSD itself. 3

2-oxo-3-hydroxy-LSD is one of the main metabolites that testing labs actually test for when testing for LSD in drug tests.4

So, what’s the catch?

The great news is that standard drug tests do not test for LSD. It is not one of the substance categories that they test for. Sometimes, if it is specifically requested, there are a few tests which can be performed to detect LSD in the system. However, these tests are much more expensive than the standard drug testing process.

Does LSD show up on a drug test for probation?

The cheap and starndard tests for most employment and the ones that government employees go through does not test for LSD at all.

While LSD can be tested for, most pre-employment and even probation drug tests do not test for LSD. It is still wise to stay away from illegal drugs while on probation. Even though they do not test for it, if you are caught with LSD, you could land in a heap of trouble far greater than you were in before.

One LSD drug test, is more expensive than several other common drug tests combined. It really costs a lot to test for LSD. But if you are caught with LSD, they will more than likely order an LSD screen for your blood.

Unless they have a really good reason to test for LSD, it is not something they usually test for.

How long does LSD actually stay in your system?

LSD can remain in your blood for up to 12-24 hours after ingestion. However, in the urine, it can stay up to 3-4 days depending on the dose taken. The blood rapidly metabolizes and removes LSD from the system.

100ug-200ug of LSD is usually removed from the body in about 2-3 days, however, higher doses can last a few days longer, even up to a 4 days. This also depends on a person’s metabolism.

Can LSD be detected in urine?

The short answer is, Yes.

However, and that’s a big however, even though LSD can be detected in urine samples for up to 2 days, this only shows up on extended drug tests and not the standard 5-panel drug test called SAMHSA-5 which the federal government requires (in USA).

Due to the extremely small amounts required for LSD to take effect, in the micrograms (the effective dose is 100ug for a trip), it is nearly impossible to detect LSD in urine.

Can LSD be detected in the blood?

It is highly uncommon to test for LSD in the blood. Testing for LSD is an expensive process, and might only be ordered under certain circumstances, which might include probation orders, work site requirements, or other duties that require someone to be drug free.

Immediate use of LSD (or even psilocybin)can be detected, but depending on a person’s metabolism, the LSD can be out of the blood stream in just under 24 hours, and from the urine in just a few days, though the amounts required to show up in urine are extremely hard to test for since they are so low.

The Detection Of LSD

LSD is detected in the system using the following methods:

This is a series of RadioImmunoAssay (RIA) tests developed by Roche Diagnostic Systems. One of these tests is used to screen whole blood, serum (blood), urine and stomach contents for LSD and its metabolites.

Standing for Enzyme Multiplied Immunoassay Technique, EMIT is also a series of tests that can be done to detect LSD and its metabolites in serum and urine. It is a product of Syva Corporation.

LSD Drug testing has been removed from the Department of Defense’s Drug Testing Requirements5:

“[…] the Feb 18, 2008 Army Times reported that the Department of Defense has stopped most LSD testing military wide. Reportedly this was because only four positive LSD tests were found out of more than 2 million test conducted over a three year period. This cost-benefit analysis resulted in the military ceasing LSD testing as part of their standard panel.”

You can safely take LSD even if you are probation. They do not test for it. You can also microdose LSD and Psilocybin without having to worry about being caught.

Please, take caution, and don’t put yourself in danger and risk your freedom if you know that you’ll be randomly tested for anything beyond the SAMHSA-5 test. I cannot stress this enough.

As our mothers no doubt taught from an early age, it is better to be safe than to be sorry!

Usually drug tests including a pre-employment drug screen, probation, and for federal employees uses a standard 5 panel test called the SAMHSA-5 (Substance Abuse and Mental Health Services Administration) in which only five substance categories are tested7:

This is a federal requirement, so most drug testing companies offer only a basic and cheap drug test that checks for drugs in these 5 common categories.

LSD is usually not tested for in drug screens, but with an extended test it may show up in the urine. However, an extended test is very expensive to conduct, and unless they have a very good reason for testing for LSD, they won’t.

You are a careful user, and you don’t go around advertising the fact that you microdose or use LSD to everyone under the Sun, and for that reason you are relatively safe. Go ahead and start microdosing! Take a full dose for a good trip. You’ll be just fine.

Please read about Mushrooms as well. Find out if Psilocybin Mushrooms show up on a drug test.

Also check out our guides on:

Please report any issues, or problems at our contact page or post in comments below to let us know of any inaccuracies.