LSD is a popular psychedelic with a relatively long history of use and research, and as such is known to be relatively safe despite its extremely high potency. It is the archetypical psychedelic to which all others are compared, and remains in popular usage. 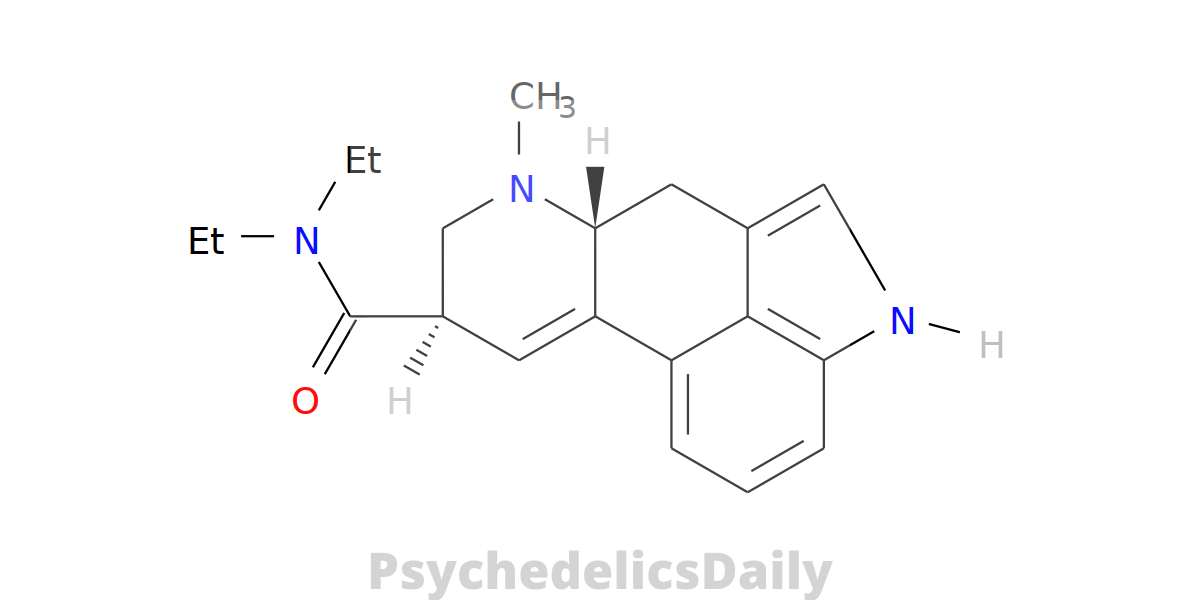 LSD is a popular psychedelic with a relatively long history of use and research, and as such is known to be relatively safe despite its extremely high potency. It is the archetypical psychedelic to which all others are compared, and remains in popular usage.

It is considered to be the the best known, most researched, and culturally influential psychedelic substance. It is thought to produce its psychedelic effects by binding to serotonin receptors in the brain, although the precise mechanism is not fully understood. The psychoactive effects of LSD were first discovered in 1943 by Albert Hofmann, a Swiss chemist working for Sandoz Laboratories.

In the 1950s it was distributed by Sandoz under the name Delysid for use as an experimental drug in psychotherapy and scientific research. During this period, LSD generated widespread interest from clinicians, researchers, and intellectuals and was notoriously the subject of a secret investigation by the U. S.

Central Intelligence Agency (CIA) for potential applications in “mind control”. Recreational LSD use became a central part of the 1960s youth counterculture movement which eventually led to its prohibition in 1971. Following a 40 year hiatus, research into the therapeutic applications of LSD has experienced a revival.

It is currently being investigated for the treatment of a number of ailments including alcoholism, addiction, cluster headache, and anxiety associated with terminal illness. LSD remains in widespread illicit use for recreational and spiritual purposes. The lifetime prevalence of LSD use among adults is in the range of 6-8%.

Subjective effects include open and closed-eye visuals, time distortion, enhanced introspection, conceptual thinking, euphoria, and ego loss. LSD is commonly reported to be able to evoke mystical-type experiences that can facilitate self-reflection and personal growth. It is considered by some to be the first modern entheogen, a category which is otherwise limited to traditional plant preparations or extracts.

Unlike other highly prohibited substances, LSD has not been proven to be physiologically toxic or addictive. However, adverse psychological reactions such as severe anxiety, paranoia, delusions, and psychosis are always possible, particularly for those predisposed to psychiatric disorders. As a result, it is highly advised to use harm reduction practices if using this substance.

However, its psychoactive properties were not discovered until five years later when Hofmann claimed to have accidentally ingested an unknown quantity of the chemical before proceeding to ride his bike home. The first intentional ingestion of LSD occurred on April 19, 1943. Hofmann ingested 250 micrograms (µg) of LSD, believing it would be a threshold dose based on the doses of other ergot alkaloids. Hofmann found the effects to be much stronger than he anticipated and was impressed by its profound mind-altering effects. In 1947, Sandoz introduced LSD to the medical community under the name Delysid as an experimental tool to induce temporary psychotic-like states in normals (“model-psychosis”) and later to enhance psychotherapeutic treatments (“psycholytic” or “psychedelic” therapy). LSD had a major impact in the areas of scientific research and psychiatry. Within 15 years of its release, research on LSD and other hallucinogens generated over 1,000 scientific papers and was prescribed to over 40,000 patients. In the 1950s, the US Central Intelligence Agency began a research program code named MK-ULTRA that would conduct clandestine research investigating LSD for applications in mind control and chemical warfare. Experiments included administering LSD to CIA employees, military personnel, doctors, prostitutes, mentally ill patients, and members of the general public without their knowledge or consent, which resulted in at least one death. In 1963, the Sandoz patents for LSD expired. Several prominent intellectuals, including Aldous Huxley, Timothy Leary, and Al Hubbard began to advocate for the consumption of LSD. LSD became a central part of the youth-driven counterculture of the 1960s. Along with other hallucinogens, LSD was advocated by new proponents of consciousness expansion such as Leary, Huxley, Alan Watts and Arthur Koestler who, according to L. R. Veysey, profoundly influenced the thinking of the new generation of youth. On October 24, 1968, possession of LSD was made illegal in the United States.

The last FDA approved study of LSD in patients ended in 1980, while a study in healthy volunteers was made in the late 1980s. Legally approved and regulated psychiatric use of LSD continued in Switzerland until 1993.

At carbon 8 of the quinoline an N,N-diethyl carboxamide is bound.

LSD is additionally substituted at carbon 6 with a methyl group. LSD is a chiral compound with two stereocenters at R5 and R8.

The three other stereoisomers of LSD do not have psychoactive properties. LSD occurs as a colorless, odorless crystal in its pure form.

LSD is sensitive to oxygen, ultraviolet light, and chlorine (especially in solution).

Its potency may last for years if it is stored away from light and moisture at cold temperatures around 0°C or below, but will slowly degrade at normal room temperature (25°C).

Internationally, the UN 1971 Convention on Psychotropic Substances requires its parties to prohibit LSD. Hence, it is illegal in all parties to the convention, which includes the United States, Australia, New Zealand, and most of Europe. Medical and scientific research with LSD in humans is permitted under the 1971 UN Convention, although has been reported to be difficult to actually carry out in practice.