9 Facts About LSD Everyone Should Know

9 Important Facts To Know About LSD 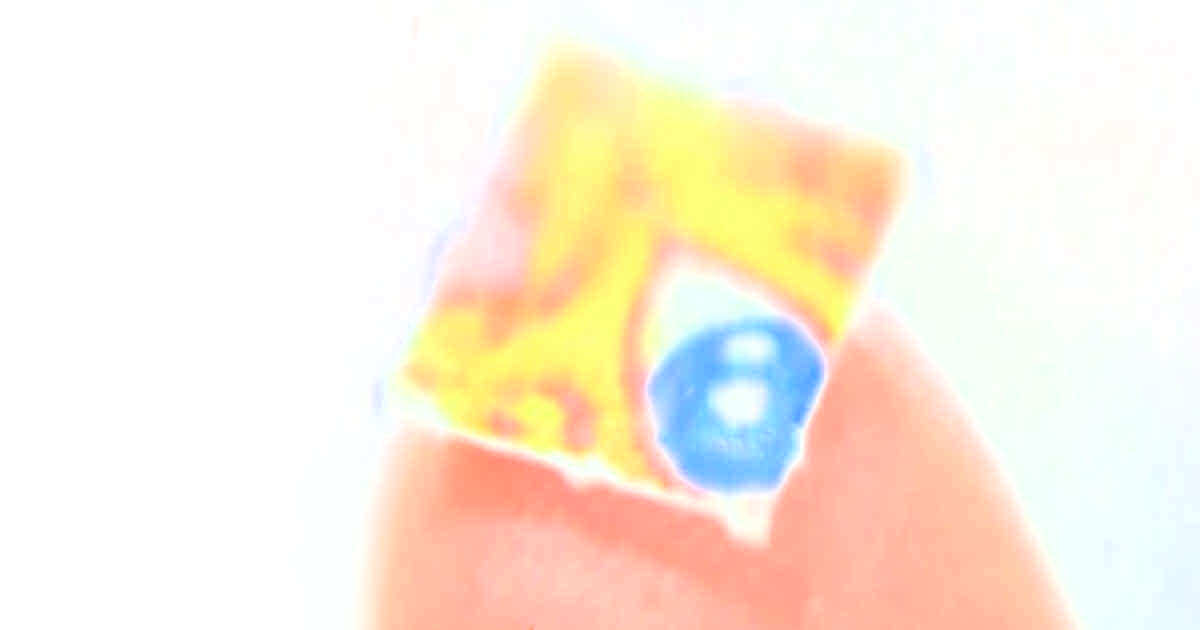 Out of the Ergot fungus which grows on Rye, comes a psychedelic called LSD (lysergic acid diethylamide). LSD is most popularly known as the drug of choice during the 1960s counterculture.

The Swiss scientist Albert Hofmann, in 1938, developed LSD during his research on preventing post-partum bleeding, which was the leading killer of women during childbirth. It sat on his shelf for years, until he accidentally ingested a bit of LSD through his skin, and thus discovered the hallucinogenic properties of this drug.1

I suddenly became strangely inebriated. The external world became changed as in a dream. Objects appeared to gain in relief; they assumed unusual dimensions; and colors became more glowing. Even self-perception and the sense of time were changed. When the eyes were closed, colored pictures flashed past in a quickly changing kaleidoscope. After a few hours, the not unpleasant inebriation, which had been experienced while I was fully conscious, disappeared. what had caused this condition?

Buy a copy of LSD My Problem Child: Reflections on Sacred Drugs, Mysticism and Science from Amazon.

Or, read for free at the Psychedelic Library2

Since it was the twenty-fifth in a series of lysergamide derivatives, its official name became LSD-25.

LSD is an extremely powerful hallucinogen, and has immense potential for therapeutic, spiritual and cultural transformation.

LSD is an amazingly powerful psychedelic; a favorite of many psychedelic explorers.

LSD promotes neuroplasticity and neural connection growth in the brain.3

There are a few key facts about LSD which are not very well known. Here are some important facts about LSD such as addiction potential, psychotherapeutic use, historical time line, and chemical moiety that everyone should know about.

Lysergic Acid diethylamide is a medicine of extraordinary unconventionality. LSD is prohibited for use in the United States, as well as many other countries, despite the fact that it was once utilized as a mental health therapy by the US government, and to induce labor in pregnant women. 12

Many people utilize LSD as a major proponent of contemplation in order to understand the nature of consciousness and reality. Albert Hofmann was interested in developing medicines from compounds in ergot, known as ergotamines - fungi that are born on rye. He then accidentally ingested some LSD through his skin. Dr. Hofmann wrote about this in his book, LSD: My Problem Child.

Many plants in nature, including the seeds of the Morning Glory and the Hawaiian Baby Wood rose, contain LSA, which is Lysergic Acid Amide. It differs from LSD - LSD’s chemical structure contains “Di Ethyl Amide”, meaning that it has two Ethyl Amides on the molecule. This makes the experience feel much cleaner than LSA. The LSD trip is much less nauseous, lasts a little longer, and doesn’t produce a heavy body load as compared to LSA.13

LSD is derived from the Ergot Fungus

Even though LSD is purely synthetic, its biological history can be traced by looking at the history of the ergot fungus from which it was derived.

Many plants, grasses, beans, and legumes of the “cereal” type, as well as rye and wheat, among others, can become infected by these fungi during moist and humid conditions. These fungi are known to produce compounds which are called sclerotia.

The naturally-occurring ergot alkaloids have a long history of human use for the purpose of psychedelic introspection. However, their use came with a heavy price in the form of ergot poisoning.

When was LSD Made?

LSD was first made in 1938 by Dr. Albert Hofmann. He made it by utilizing ergot. The LSD was integrated and after that self-tried.

Initially, it was believed that the medication could be utilized to help with the induction of labor in pregnant women. Be that as it may, once it became clear that LSD influenced state of mind and delivered mental impacts, it was promoted as a mental and restorative medication.

LSD’s fundamental potential was thought to enhance the human mind. This is why the US Gov. researched it, beleiving it could help the armed forces.

How to take LSD?

LSD is frequently taken in form of paper or gel tabs. It can be found on blotting surface paper called blotter tabs, or taken in liquid form. Very rarely do people come across LSD in powder form. LSD has no taste, and it doesn’t smell. This makes it difficult to recognize.

It does, in any case, have a chemical reaction with Ehrlich’s drug testing reagent, and turns purple when tested. LSD can be absorbed through the skin or mucous membranes, taken orally, infused, or even taken through the eyes in eye-dropper form.

Research conducted by psychiatrists and psychologists during the 60’s and 70’s clearly showcased that while the drug held immense healing potential, there were still considerable psychological risks. High doses, especially in unsafe or inappropriate settings, caused panic reactions, causing the individuals to run and/or become extremely agitated or frightened.

For individuals who have a low threshold for schizophrenia, psychosis, and other mental conditions, a LSD trip turned bad could be the triggering event for an onset of full-blown psychosis, or other psychiatric conditions. Research on potential therapeutic uses of LSD was banned by the United States government because of political reasons in the mid-1970s.15

Terence McKenna is known for having popularly said that LSD and other psychedelics are not banned because the government cares about keeping people safe. This view appears as a probable truth, because the number of accidents caused by psychedelics are much less, on average, than those caused by other popular and legal substances such as alcohol.

Many currently legal medications or recreational drugs are far more dangerous to our health than psychedelics, or plant medicines, could ever be. The worst killers of the human population, after obesity, are drinking and smoking.1617

LSD does not increase levels of dopamine in the brain, thus it is not physically addictive. In fact, LSD was actually used to treat addiction to drinking, smoking, and hard drug addiction.

So why was LSD made illegal?

A basic fact about LSD is that it is actually relatively non-toxic and does not generally cause addiction, however, many governments around the world banned its manufacturing and consumption after a small number of fatal accidents were reported.

These accidents involved people, under the influence of LSD, thinking that they could fly, jumped to their deaths off tall buildings, trees, and windows.

Some people became paranoid and shot or stabbed their friends and/or family. Some people with a low threshold for psychosis exhibited dangerous behaviors. 18

In organic chemistry, moiety is a part of a chemical molecule can be found within other kinds of molecules as well. The moiety of an acetyl group can be found in many organic compounds, including acetic acid, acetylcholine, acetyl-CoA, acetylcysteine, and acetaminophen. 19

Think of a moiety as a fragment of a molecule that can also be found in another molecule.21

The Moiety of LSD (Serotonin and Dopamine)

LSD is one of a kind when it comes to psychedelic molecules. One very interesting thing about LSD is that it contains the moiety of both Serotonin and Dopamine! 22

Serotonin is one of the most important neurotransmitters produced by the human body. Most of our nervous system functions on serotonin. It is known as the neurotransmitter which regulates our moods, psychological states of mind, muscle movements, blood flow, and gastric system. 23

This is the shape of the Serotonin molecule

After it has been secreted by the enterochromaffin cells, serotonin pours from these tissues and gets absorbed and stored in the blood platelets. The next highest concentration of Serotonin is found in the muscular system, where it regulates muscle movement and blood flow to the muscles. 24

Lastly, the rest of the serotonin is found in the brain where its function is to regulate mood, feelings, emotions, and sleep. Because of these effects, serotonin also influences our social status - much like lobsters, we use serotonin to find and determine our place in our unique social hierarchy.25

Dopamine is a very important neurotransmitter. It is the one chemical which is responsible for transmitting signals in between the neurons of the brain and manages the reward circuitry of the brain. Not many neurons actually make dopamine.26

Dopamine is important as it functions to improve the pumping strength of the heart muscle and increases blood flow to the kidneys. Dopaminergic compounds are used to treat psychological conditions which occur when the organism is in shock, astonishment, or fear. 2728

Dopamine is involved in the system’s rewarding or punishing through the nervous system, which influences how the organism learns to function socially in the world.

Most people do not know or realize that LSD not only functions across the 5HT (5-Hydroxy Tryptamine) Serotonin receptors in the brain, but also stimulates the Dopamine D2 receptors. 29

LSD contains the molecular shape and structure of serotonin!

LSD is not only an agonist of the D2 Dopamine receptors, it also acts as a partial antagonist.

LSD contains the molecular shape and structure of dopamine!

According to a PubMed study, Lysergic acid diethylamide (LSD) is a partial agonist of D2 dopaminergic receptors and it potentiates dopamine-mediated prolactin secretion in lactotrophs in vitro:

According to Research Gate31:

“[…] investigations suggest that the hallucinogenic actions of LSD may be due to complex agonist and antagonist actions of this drug at central receptors for the several neurotransmitter mono amines.”