A potent, long-acting psychedelic stimulant. Historically, it has rarely been consumed deliberately, but occasionally sold as LSD. However, it has recently found its own little nest in the research chemical community. 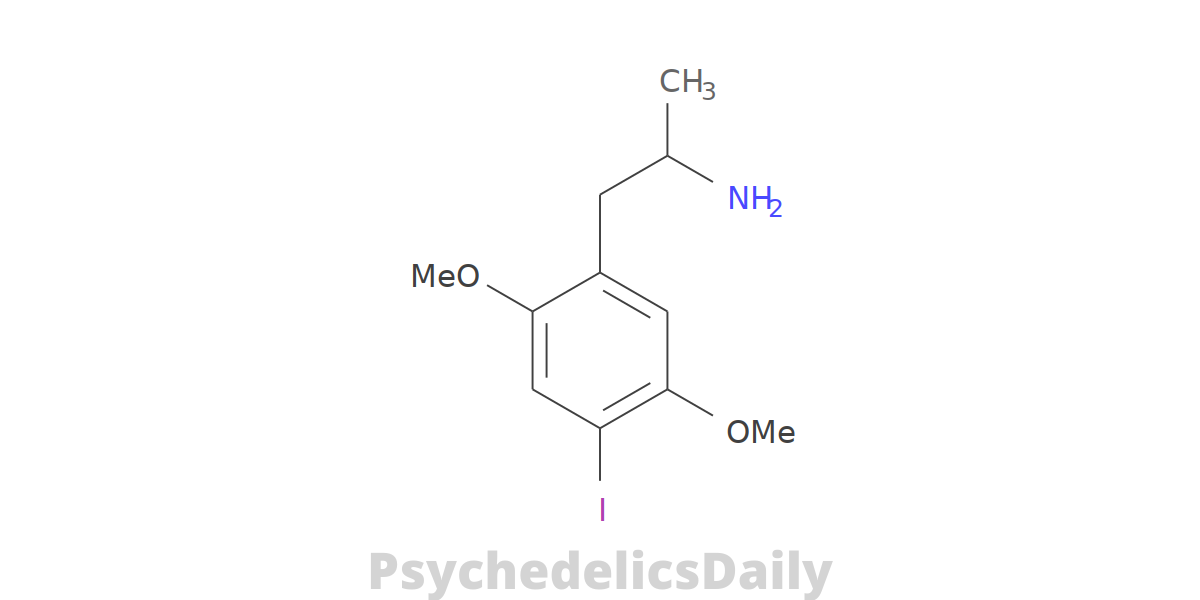 A potent, long-acting psychedelic stimulant. Historically, it has rarely been consumed deliberately, but occasionally sold as LSD. However, it has recently found its own little nest in the research chemical community.

It is a member of the DOx family of psychedelic amphetamines. The synthesis of DOI was first reported in 1972 and its usage in humans was first documented by Alexander Shulgin in the 1991 book PiHKAL ("Phenethylamines I Have Known and Loved"). DOI is very well-researched compared to most psychedelics.

It is regularly used in research as a radioligand to map serotonin-2A receptors in the brain. The effects of DOI are often compared to those of LSD, although notable differences can be distinguished. Besides the significantly longer duration, the experience is commonly reported to be more stimulating than LSD, with a more pronounced body load and a less complex head space.

The after effects include long-lasting residual stimulation and difficulty sleeping, which, depending on the dose and time taken during the day, may persist for days afterwards. DOI is sometimes sold as a substitute for LSD, or even sold falsely as LSD. This can be dangerous because DOI does not have the same established safety profile as LSD.

Along with its sensitive dose-response and unusually long duration, many reports also suggest that this substance may be overly difficult to use safely for those who are not already experienced with psychedelics. Therefore it is highly advised to approach this highly dose-sensitive, and long-lasting psychedelic substance with the proper amount of precaution and harm reduction practices if using it.

DOI was first synthesized by a team at the University of Alberta in 1972. ResearchNeuroplasticityOne study demonstrated that DOI, DMT, LSD, and noribogaine (a metabolite of ibogain) promotes neuritogenesis both in vitro and in vivo.

DOI is the amphetamine, or alpha-methylated analogue, of the phenethylamine 2C-I.