A relatively new and popular research chemical. A short acting psychedelic related to 2C-C with similar effects to LSD, though more visual with less of a 'head-trip.' Frequently mis-sold as LSD. Causes an uncomfortable body load and has caused several deaths even within regular dose ranges. 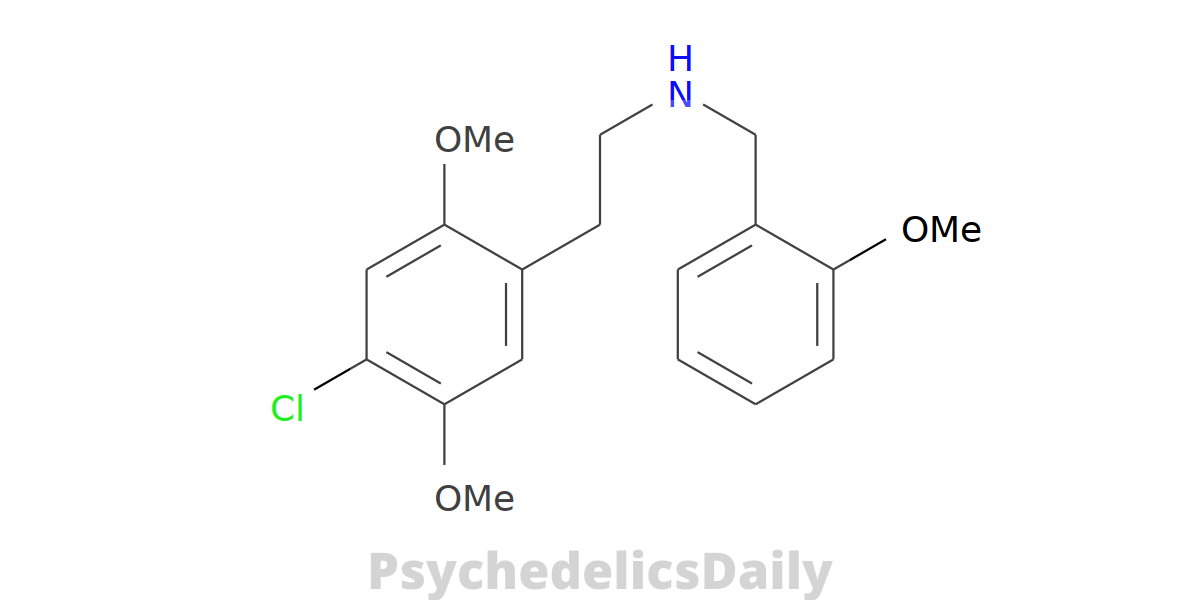 A relatively new and popular research chemical. A short acting psychedelic related to 2C-C with similar effects to LSD, though more visual with less of a ‘head-trip.’ Frequently mis-sold as LSD. Causes an uncomfortable body load and has caused several deaths even within regular dose ranges.

It is a member of the 25x-NBOMe series, a recently discovered group of potent psychedelic compounds derived from the 2C-x family. The name 25C-NBOMe, which is short-hand for 2C-C-NBOMe, is a derivative of the phenethylamine psychedelic 2C-C. It was discovered in 2003 by Ralf Heim at the Free University of Berlin, and subsequently investigated by a team at Purdue University led by David Nichols.

It has been studied in its radiolabelled form as a potential ligand for mapping the distribution of serotonin-2A receptors in the brain using positron emission tomography (PET). The first reports of human use appeared in 2010 following its appearance on the online research chemical market. Subjective effects include stimulation, open and closed-eye visuals, time distortion, euphoria, and ego loss.

25C-NBOMe’s effects are sometimes compared to those of LSD or DOx. However, it is reported to have stronger visual effects and less cognitive and emotional effects like ego loss and introspection. Additionally, 25C-NBOMe is reported to be considerably more stimulating than other psychedelics.

Serious side effects are more common and include nausea, muscle tension, anxiety, cardiovascular effects, and seizures. It is worth noting that members of the NBOMe series are not orally active and should be administered sublingually (by holding it into one’s mouth and allowing it to absorb over a period of 15 minutes). 25C-NBOMe can also be vaporized and inhaled for more rapid and powerful effects and a shorter duration.

However, this route of administration is highly advised against due to the difficulties of measuring and handling substances that are active in the microgram range as it significantly increases the risk of overdose. 25C-NBOMe is also sometimes sold as a counterfeit version of LSD due to its similar effects and ability to be laid onto blotter paper. Very little is known about the pharmacological properties, metabolism, and toxicity of 25C-NBOMe.

However, it has been associated with many deaths and hospitalizations which suggests that it has a significantly worse toxicity profile than classical psychedelics like LSD or psilocybin mushrooms. Along with its highly sensitive dose-response and unpredictable effects, many reports also suggest that this substance may be overly difficult to use safely. It is highly advised to use harm reduction practices if using this substance.

It differs from 2C-C structurally through a substitution on the amine (NH2) with a 2-methoxybenzyl (BOMe) group as shown in the image to the right.

25C-NBOMe shares this 2-methoxybenzyl substitution with other chemicals of the NBOMe family.