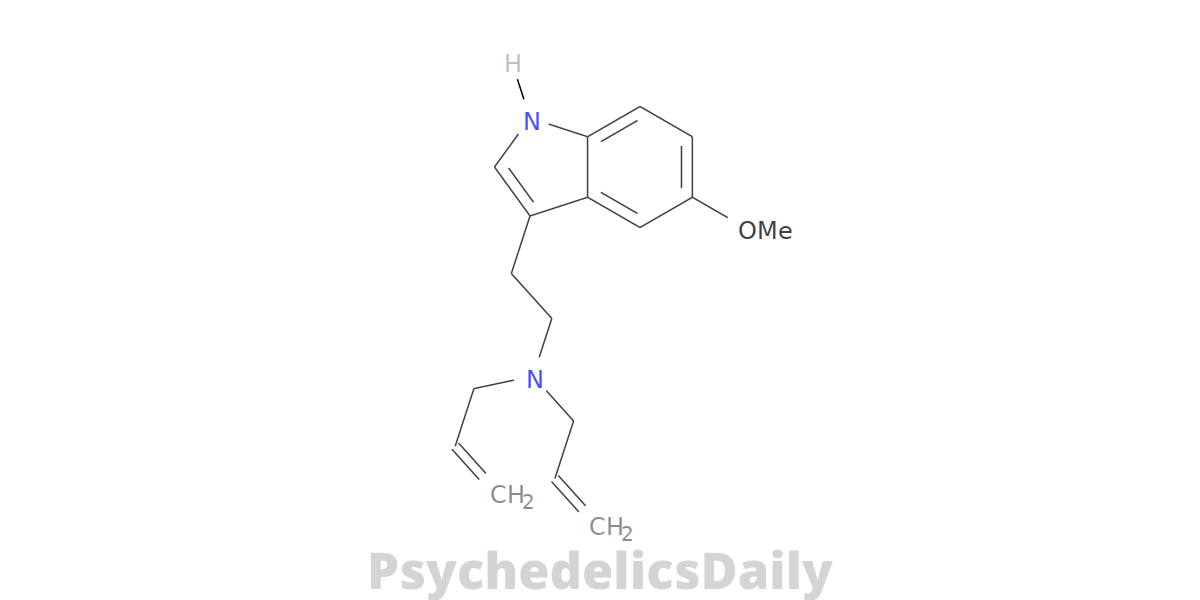 It is structurally related to tryptamines like 5-MeO-DiPT and DALT, although it is reported to produce distinct effects. 5-MeO-DALT was first synthesized by Alexander Shulgin, who sent the first material regarding the synthesis and effects to a researcher in May 2004. This material was subsequently circulated online and the compound soon appeared on the online research chemical market.

In August 2004, the synthesis and effects of 5-MeO-DALT were officially published by Erowid. Reports linked to the detection of 5-MeO-DALT began to surface in 2007. Anecdotal reports characterize the effects of this substance as being primarily physical in nature, lacking the characteristic visual distortions or perceptual depth of most psychedelics.

Its headspace has been described as “shallow,” albeit suited for sexual contexts due to its potent stimulating and libidinous effects. It is also reported to produce more uncomfortable cardiovascular effects such as increased blood pressure and heart rate relative to other psychedelics. This has raised questions about possible toxicity associated with long-term or heavy uses.

Very limited data exists about the pharmacological properties, metabolism, and toxicity of 5-MeO-DALT, and it has a very short history of human use. It is highly advised to use harm reduction practices if using this substance.

It contains two allyl groups bound to the amino group and a 5-methoxy group bound to the indole ring of tryptamine.

It is a structural analog of DALT and 5-MeO-DiPT.

5-MeO-DALT is an off-white powder at room temperature.