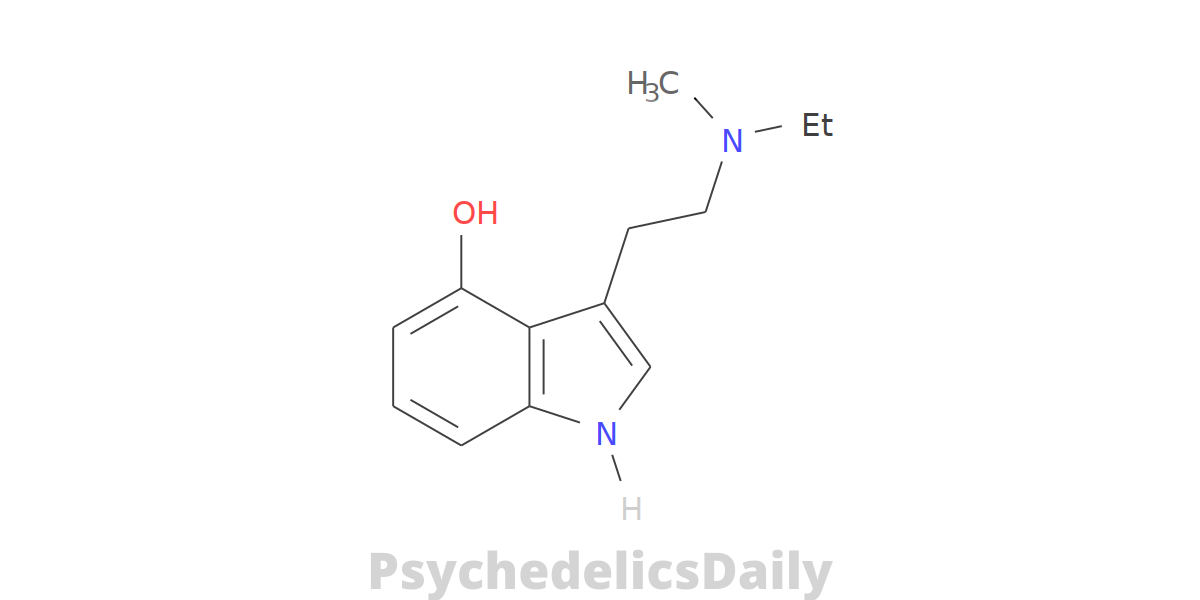 4-HO-MET is chemically similar to Psilocin, the active ingredient in psilocybin mushrooms ("magic mushrooms"). Like other substituted tryptamines, it produces its psychedelic effects by acting on serotonin receptors in the brain. 4-HO-MET was first synthesized by Alexander Shulgin and reported in his 1997 book TiHKAL ("Tryptamines I Have Known and Loved").

Reports of human use began to surface in the late 2000s following its appearance on the online research chemicals market. It has been sold alongside other psilocybin analogues such as 4-AcO-DMT and 4-HO-MiPT. User reports typically describe 4-HO-MET as a more recreational version of psilocybin mushrooms or psilocin (4-HO-DMT) due to its less serious headspace and greater emphasis on visual effects.

Notable effects include geometric visual hallucinations, time distortion, enhanced introspection, and ego loss. Very little data exists about the pharmacological properties, metabolism, and toxicity of 4-HO-MET. It is assumed to have a similar risk and toxicity profile as psilocybin but there is no data to support this.

It is highly advised to use harm reduction practices if using this substance.

Tryptamines share a core structure comprised of a bicyclic indole heterocycle attached at R3 to an amino group via an ethyl side chain.

4-HO-MET is substituted at R4 of its indole heterocycle with a hydroxyl functional group OH−.

It also contains a methyl group and an ethyl chain bound to the terminal amine RN of its tryptamine backbone (MET). 4-HO-MET is a 4-hydroxy homolog of 4-AcO-MET and the N-substituted ethyl homolog of psilocin (4-HO-DMT).

It is also the 4-hydroxyl analog of the base tryptamine MET.