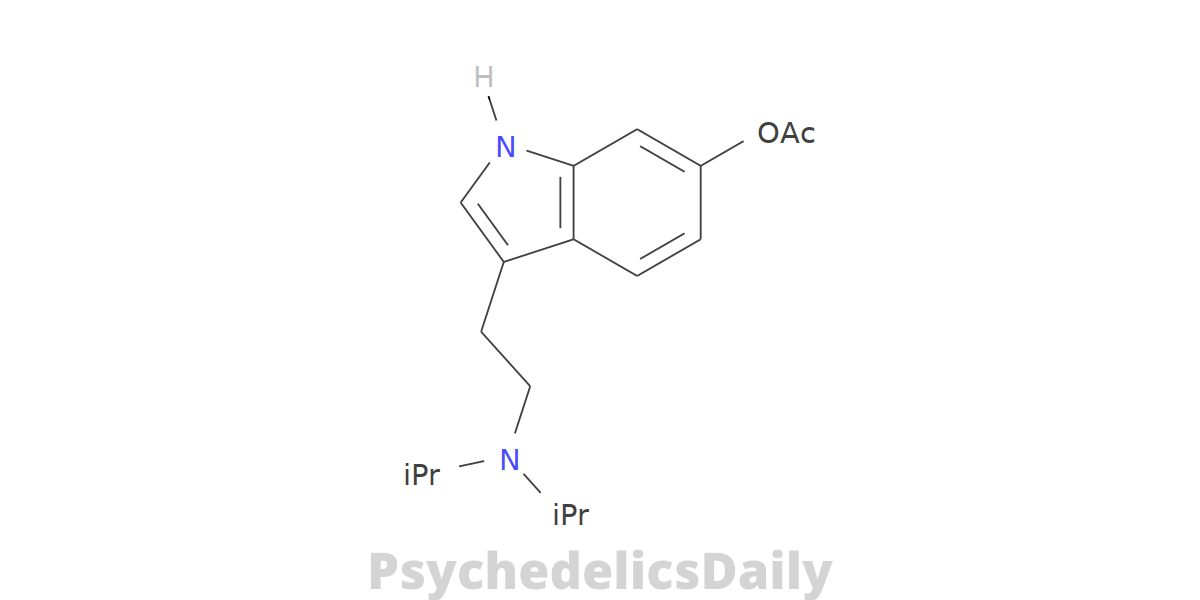 It has been described in early online reports as being only vaguely similar to structurally-related tryptamine substances such as psilocin or 4-AcO-DMT but with the disinhibiting, physically euphoric and libidinous signature of psychedelics like 5-MeO-DiPT, and an atypically short duration of around 3 - 4 hours. It has since been reported to be slightly longer lasting and mildly less potent than 4-HO-DiPT (also known as Iprocin) with an active dose reported as between 15 and 40 mg. 4-AcO-DiPT is primarily thought to act as a prodrug to 4-HO-DiPT, a substance which Alexander Shulgin comments on in his book TiHKAL.

In it he writes that he “truly doubt(s) that there is another psychedelic drug, anywhere, that can match this one for speed, for intensity, for brevity, and sensitive to dose, at least one that is active orally. " Anecdotal reports dating from at least 1999 reveals that these properties are largely preserved with 4-AcO-DiPT, with the exception of a less rapid and potentially jarring onset, slightly extended duration and decreased physical side-effects from the excessive stimulation and restlessness that 4-HO-DiPT is commonly reported to produce, making it a more comfortable experience overall. Today, 4-AcO-DiPT is rarely able to be acquired on the consumer market and when it is, is almost exclusively distributed as a gray-area research chemical online for recreational and proclaimed entheogenic purposes.

It is an example of the early wave of psychedelic research chemical that were explored following the wake of its initial synthesis and documentation in TiHKAL, before the emergence of an easily-accessible network of online research chemical vendors during the early 2000s. Very little data exists about the pharmacological properties, metabolism, and toxicity of 4-AcO-DiPT. Users are advised to proceed with caution when choosing to use this substance.

Tryptamines share a core structure comprised of a bicylic indole heterocycle attached at R3 to an amino group via an ethyl side chain.

4-AcO-DiPT is substituted at R4 of its indole heterocycle with an acetoxy (-AcO) functional group CH3COO−.

It also contains two diisopropyl chains bound to the terminal amine RN of its base tryptamine backbone (i.e.