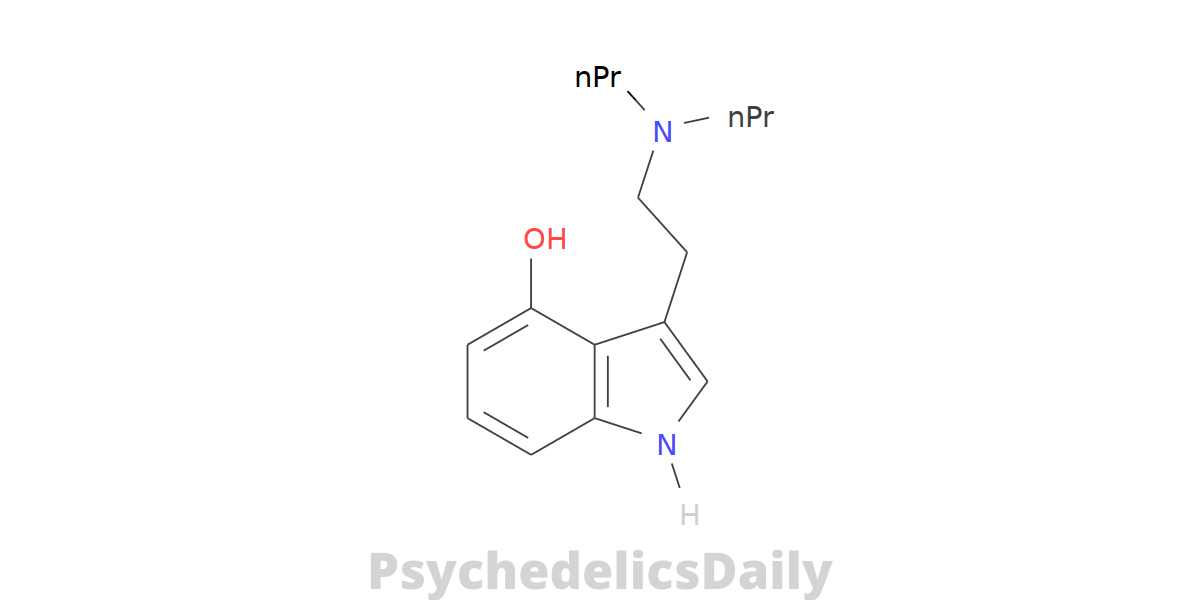 Alexander Shulgin first synthesized 4-HO-DPT and documented it in his book TiHKAL (Tryptamines I Have Known and Loved). It is the 4-hydroxyl analog of DPT. Today it is either used recreationally or as an entheogenic compound and is typically acquired through the use of online research chemical vendors.

Due to the difficulty of its synthesis, it remains relatively uncommon even for a substituted tryptamine and has very little history of human usage.

Tryptamines share a core structure comprised of a bicyclic indole heterocycle attached at R3 to an amino group via an ethyl side chain.

4-HO-DPT is substituted at R4 of its indole heterocycle with a hydroxyl functional group OH−.

It also contains two propyl chains bound to the terminal amine RN of its tryptamine backbone (DPT). 4-HO-DPT is a 4-hydroxy analog of 4-AcO-DPT and the N-substituted dipropyl homolog of psilocin (4-HO-DMT).

Due to its relative obscurity, 4-HO-DPT is unscheduled in most countries.