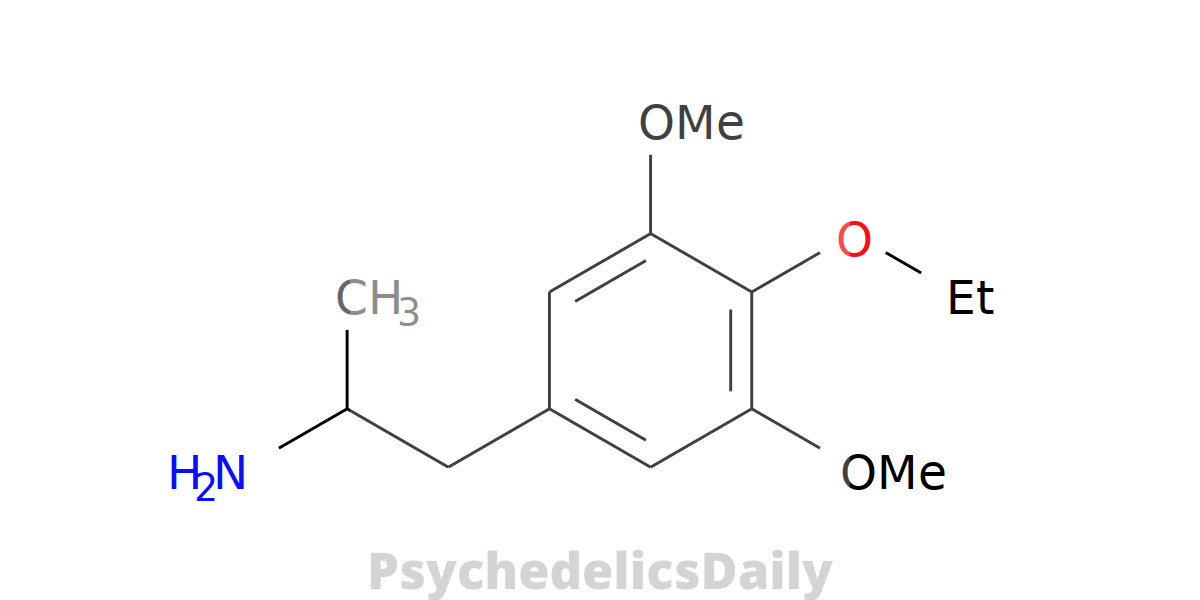 Although its name suggests it may be related to the 2C-x family, this is not the case since it is the 3-Carbon analog of escaline It was presumably first synthesized by Alexander Shulgin and published in his book PiHKAL in 1991. Today, 3C-E is used for recreational and research purposes, and exclusively distributed as a gray area research chemical by online vendors. Very little is known about its effects besides its strong body high and weak visuals.