A relatively new and popular research chemical with psychedelic properties. Users report an uncomfortable body load with very strong visuals, though with less of a mental aspect than most psychedelics. Commonly mis-sold as LSD, since it is much cheaper to produce. Is considered quite unsafe, and has caused several deaths at 'regular' doses. 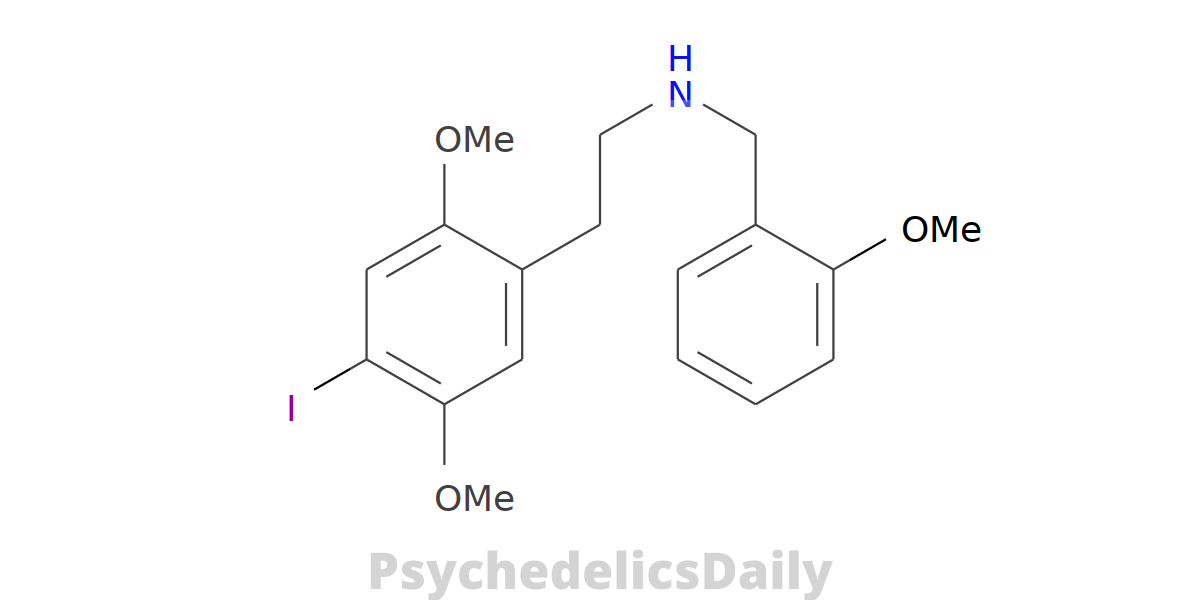 A relatively new and popular research chemical with psychedelic properties. Users report an uncomfortable body load with very strong visuals, though with less of a mental aspect than most psychedelics. Commonly mis-sold as LSD, since it is much cheaper to produce. Is considered quite unsafe, and has caused several deaths at ‘regular’ doses.

The name 25I-NBOMe, which short-hand for 2C-I-NBOMe, is a derivative of the phenethylamine psychedelic 2C-I. It was first synthesized and documented in 2003 by Ralf Heim at the Free University of Berlin. It was further researched by a team at Purdue University led by David Nichols.

It has been studied in its 11C radiolabelled form as a potential ligand for mapping the distribution of 5-HT2A receptors in the brain, using positron emission tomography (PET). It is worth noting that compounds of the NBOMe family are not orally active and should be administered sublingually by placing and holding it into one’s mouth and allowing it to absorb over a period of 15-25 minutes. Extremely little is known about the pharmacological properties, metabolism, and toxicity of 25I-NBOMe in humans.

It had no history of human use before being sold online as a designer drug in 2010. . It has been associated with many deaths and hospitalizations.

Anecdotal reports suggest that this substance may be difficult to use safely due to its highly sensitive dose-response and unpredictable effects.

It differs from 2C-I structurally through a substitution on the amine (NH2) with a 2-methoxybenzyl (BOMe) group.

25I-NBOMe shares this 2-methoxybenzyl substitution with other chemicals of the NBOMe family.