Salvia Divinorum could be said to be a psychedelic for children. The reason for this is because Salvia Divinorum transports you back in time to moments in your childhood. 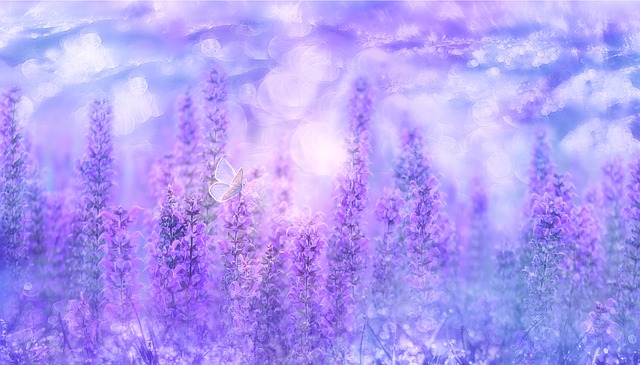 Meeting With The Salvia Shaman

Once upon a time, circa the year 2000, I took a trip to Oaxaca, Mexico where I met a delightful woman, a Mazatec Curanderos, by the name of Marya. The Mazatecs call these people cho-ta-ci-ne (“one who possess divine knowledge”). She showed me how Salvia is respectfully used.

The Shamans wash the freshly picked leaves and roll them into tubes, then masticate slowly in order to hold the juices sub-lingually.

A few months ago, an American Shaman from the mountains of Colorado gave me a bit of Salvia leaves soaked in Salvinorin-A extract, and advised that I should smoke it.

I have used Salvia for seventeen years exactly as I had been taught by the Mazatec but I had never smoked Salvia Divinorum. I had never thought to put the flame to it. I have never witnessed a Mazatec Shaman put a flame to the dried Salvia leaves.

Fear of the Sacred

I put some salvia into my smoking pipe. But…

Fear was taking hold. I could observe a faint hint of anxiety within. I’ve personally discovered that the psychedelic experience has always brought forth copious amounts of anxiety. Rudolf Otto in Das Heilige (The Sacred) set himself to discover the true character of felt experience.

Otto discovered the feeling of terror–the profane–manifests itself before the sacred as Mysterium Tremendum, the majestic invocation of the awe-inspiring force of mystery that emanates an overwhelming sense of Mysterium Fascinans, a fascinating mystery in which the immaculate totality of individuality blossoms in whole as the Limitless Self, the Eternal Atma.

The numinousness of the experience presents itself as the “Ganz Andere”, something other, something different, and something which is “wholly alien”. It is neither deictic nor can it be surveyed.

One cannot walk with death as long as there exists even an iota of fear. Panic set in. Then the voice whispered within that “Fear is fabricated by the mind.”

“Fear is the mind-killer”

I decided to smoke a little bit at first and to slowly increase my dosage level. I packed a bit of it into a small hand-held pipe, inhaled deeply and a few seconds later felt a slight change in my body, a beautiful warm glow. I inhaled a little more smoke.

I could now visually see wave upon wave of cascading darkness crashing down upon me.

The waves of dark colors descended upon me and exerted weight on my spiritual body. The feeling that I could physically feel my soul, if there were such a thing, was inescapable. However, nothing that I would consider “profound” was taking place. I decided to smoke all of it in one hit. It was roughly around three-fourths of a gram.

Moments after the thick Salvia smoke had been inhaled deeply, I noticed a Shaman in front of me. Triangular colorful patterns were present all around him. He was wearing the traditional Shaman attire with the well known Salvia geometric fractal patterns on his clothes. He pulled the Salvia pipe out of my mouth and smiled at me. I was astonished as to why he is here at all.

Why is there a Mazatec Shaman in my room?

I was having a psychedelic experience yet that wasn’t something which registered at all. I had no idea that I was intoxicated or having a psychedelic experience. Reality began to unzip in a cone-shaped spiral. Mesmerizing colors and fractal imagery began to appear out of thin air. I didn’t think that there was anything wrong with my reality. It was normal, yet astonishing.

I’d never seen this Shaman, and as far as I know, Mazatec Shamans don’t burn Salvia, so why was he pulling a pipe out of my mouth?

The spirit realms, the psychedelic realities, they ceased to be amorphous and eventually took form.

I noticed a profound shift in my psyche. Everything I used to feel as a four years old was back, and unmistakable. Allow me to be precise because this is important that we understand this.

I was transported back in time to my childhood, but these were not any particular childhood memories. The visions of my grandmother’s house, my parent’s house, the rooftops on which we used to fly kites and play, the kitchen, the dining room, the lounge, everything melded into one single vision.

I found myself playing on the rooftop of my grandparent’s house in Bidan Road, Lahore, Punjab as a four-year-old. The next vision was of my parent’s house in Township, Lahore. I found myself back home as a boy. In front of me, on either side of my vision, there were two entities twirling, dancing, and wearing traditional Shamanic Indian dresses of my culture.

Just then, something out of the corner of my eye caught my attention.

I saw a third figure to the left, behind them. I’m am unsure whether it was the Shepherdess or Mother Mary, or neither, but it certainly was delightful to see my grandmother again. She was there. She was smiling at me with such love that my soul melted. Every single feeling of guilt, depression, and shame came upon me. I began to weep uncontrollably.

You see, I have been in the United States since 2001. While I was here, unable to return home to my family, my beloved grandmother passed away, for which I never forgave myself. I have been severely depressed since her passing. The pain which I felt in my soul was indescribable. I was devastated by her passing, and especially from the fact that I never got to meet her again and never said farewell. I was never given the chance.

My grandmother was a Dehar Shaman from Dhaka, India who gave me psychedelics thrice a year since the age of three. From the age of three to twelve, I was trained by her and my grandfather to whom I was very close, a deeply cultured and holy man, who cultivated a strict environment of learning around me while growing up back home in Punjab.

I was made to learn our ancient traditions in depth. She gave me everything she was. She gave me her soul, her spirit, her entire existence. For this, I will be forever grateful.

I was saddened by the loss of my grandmother and at the fact that I never had a chance to say goodbye to her, that I never saw her again after I left my home country.

I am sorry. I wasn’t there. Please forgive me.

She looked at me with such love and forgiveness, with a smile on her face, she said, (Translation) “My dear child, why is there tears? Why are you worried? One day you will come to see me.”

In that moment, I got the closure I never had. I said the farewell that I never had the chance to say. She was there, in my visions. She forgave me. She assured me as only she could. It was the most peaceful I have ever felt. My depression, my anxiety, my worries, and my cares came to an end.

I put my hands on my cheek and laid down on my side in a fetal just like a four-year-old child. I found myself whispering, “Yes. I’ll let it happen.”

Tranquility. Serenity. Light. Love. I felt nothing but the most profound peace within me. The sorrow within me not soon forgotten, coming to a natural end. I discovered that I can’t run from my sorrow. I must let it consume me. I must let my pain, my suffering, my agony, my despair, my distress, my profound pain blossom in whole, and to feel everything that it wants me to feel.

The Ending of Sorrow is the Ending of Fear. The ending of fear is the ending of Death, which is the beginning of Immortality. This is the true birthing of the Supreme Intellect of life.

The entire trip was over in 2-3 minutes. Salvia, when smoked, induces a very short lived trip, but like DMT the sense of time no longer remains and it seems like forever.

In conclusion, Salvia Divinorum could be said to be a psychedelic for little children. I don’t mean that it should be given to little children (without the care of a Shaman). I mean that it literally transports you back in time and you don’t just feel like a child, you become a child.

Every single time that I smoke Salvia, I am taken back to my childhood, where I am four years old again.

Have you ever had Salvia? Share your experience with me in the comments below. I’d love to hear reports about Salvia.