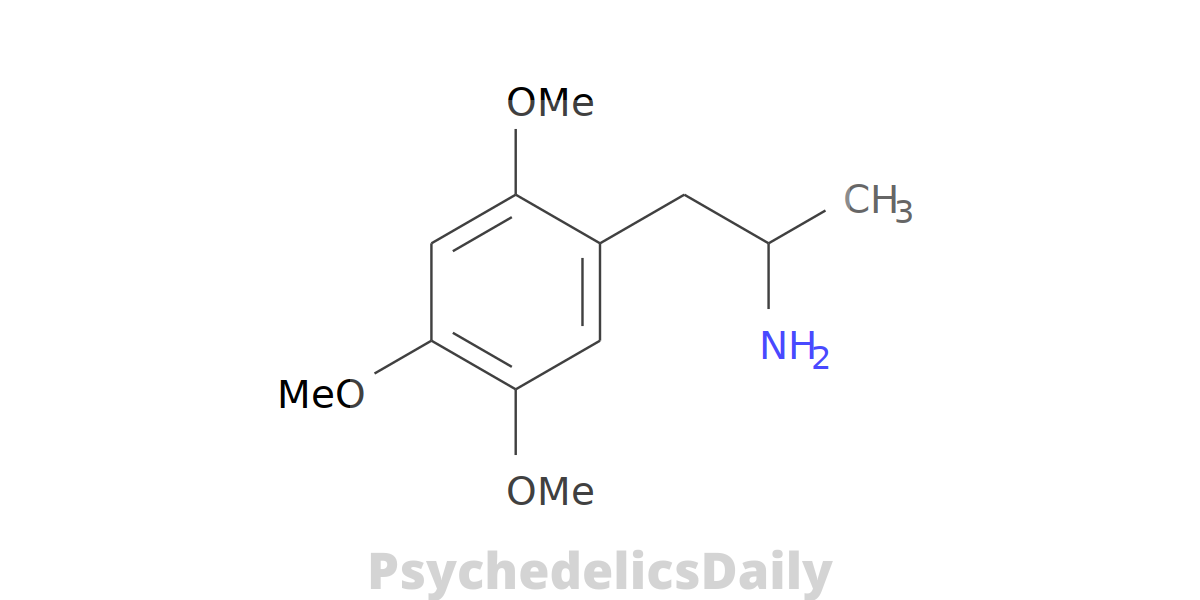 TMA-2 along with TMA-6 and others are members of the trimethoxylated family of phenethylamines. Members in this family been observed to produce a complex mixture of hallucinogenic, stimulant, psychedelic and entactogenic effects that qualitatively separates it from other psychedelic phenethylamine compounds like members of the 2C-x or DOx series. TMA-2 was first synthesized by Viktor Bruckner in 1933, but was not investigated as a psychoactive chemical until Alexander Shulgin synthesized and tested it in 1962.

Shulgin published his synthesis and initial research findings in a 1964 paper, describing the effects as similar to mescaline, though lacking in color effects, producing less nausea and prone to causing anxiety and restlessness. . There are occasional references to the use of TMA-2 in early 1970’s counter-culture publications, describing the drug as being rarely produced for sale and expensive in comparison to LSD.

This suggests that there was only very limited human usage of TMA-2 between its invention and the publication of its synthesis and pharmacology in Shulgin’s 1991 book PiHKAL (“Phenethylamines I Have Known And Loved”). Since then it has been regarded as an oddball and a novelty in the psychedelics community and is only occasionally sought after intentionally. In terms of its subjective effects, it is known for its lack of classic psychedelic visuals compared to its parent compound (mescaline) and is known instead for its instead a unique stimulating body-high and altered headspace that ranges from euphoric to dysphoric variably.

Anecdotal reports suggest that TMA-2 is a highly unpredictable and dose-sensitive substance that can produce uncomfortable amounts of body load, nausea, overstimulation, and inconsistencies between experiences. In modern times, TMA-2 is used as an obscure recreational drug and a occasional entheogen. It is rarely sold on the streets and is almost exclusively obtainable as a grey area research chemical through the use of online vendors.

Amphetamines are substituted phenethylamines, being comprised of a phenyl ring bound to an amino (NH2) group through an ethyl chain and a methyl group bound to the alpha carbon Rα.