βk-MDMA is a cathinone stimulant and empathogen, similar in structure to MDMA, though more stimulating and less empathogenic in comparison. Was very commonly mis-sold as MDMA on the street until it was banned in 2013. The Marquis reagent can differentiate βk-MDMA from MDMA. Less potent than MDMA with a slightly shorter duration. 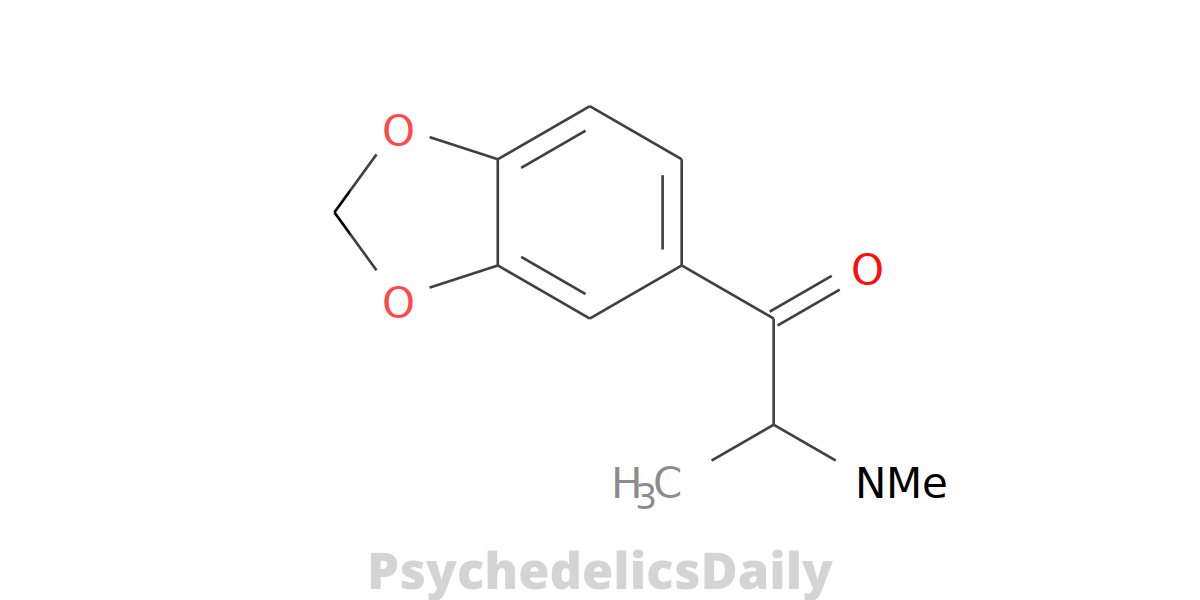 βk-MDMA is a cathinone stimulant and empathogen, similar in structure to MDMA, though more stimulating and less empathogenic in comparison. Was very commonly mis-sold as MDMA on the street until it was banned in 2013. The Marquis reagent can differentiate βk-MDMA from MDMA. Less potent than MDMA with a slightly shorter duration.

Methylone was first synthesized by chemists Peyton Jacob III and Alexander Shulgin in 1996 as a potential antidepressant. Methylone is sometimes used as a substitute for MDMA due to similarities in their effects. Alexander Shulgin commented that the substances has "almost the same potency of MDMA, but it does not produce the same effects.

" He also stated that it “has an almost antidepressant action, pleasant and positive, but not the unique magic of MDMA. " The toxicity of methylone has not been well-studied, although it likely does not exceed that of MDMA, and it has a limited history of human usage. It is highly advised to use harm reduction practices if using this substance.

Cathinones are structurally similar to amphetamines, they contain a phenethylamine core featuring a phenyl ring bound to an amino (NH2) group through an ethyl chain with an additional methyl substitution at Rα.

Cathinones such as methylone are alpha-methylated phenethylamines.

Cathinones differ from amphetamines by the addition of a ketone functional group, a carbonyl group at Rβ. Methylone contains an methyl substitution at RN, a substitution which is shared with MDMA, mephedrone, and certain other stimulants.

Methylone contains additional substitutions at R3 and R4 of the phenyl ring with oxygen groups.

These oxygen groups are incorporated into a methylenedioxy ring through a methylene chain.

Methylone shares this methylenedioxy ring with MDA, MDAI and MDMA.