Psychedelic of the lysergamide class, less potent by weight and produces a rather mild, dreamy and even sedating trip compared to its bigger brother LSD. 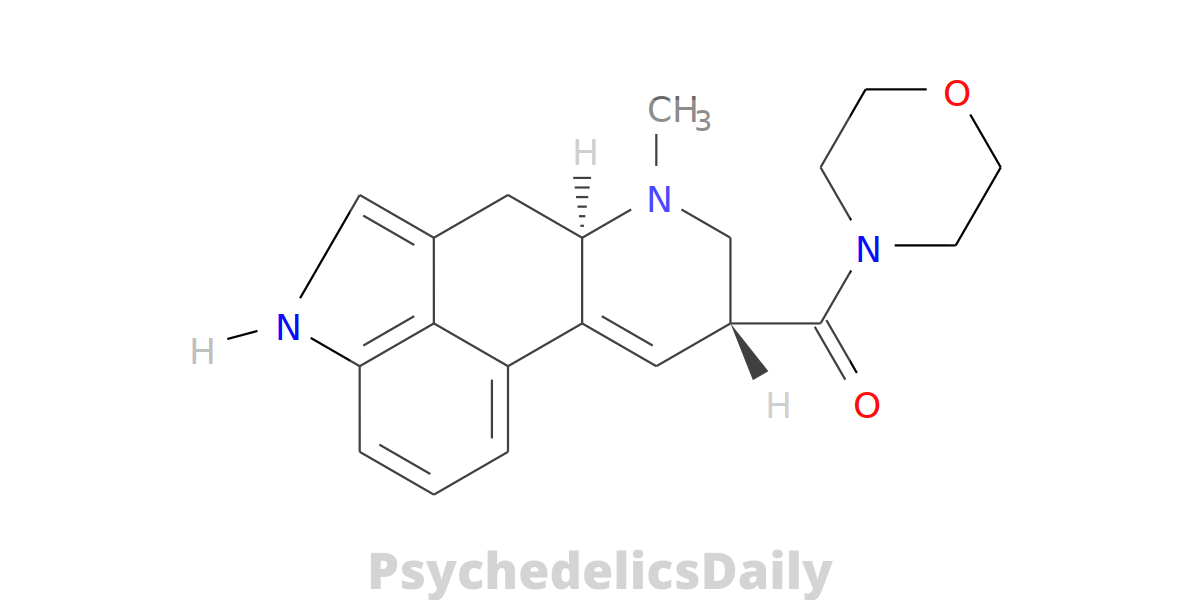 Psychedelic of the lysergamide class, less potent by weight and produces a rather mild, dreamy and even sedating trip compared to its bigger brother LSD.

It is a close structural homolog of LSD known mainly for its obscurity, low relative potency, and a few comments that have been made on the "dream-like" sedation it produces as well as potential nausea and other potentially uncomfortable physical effects. LSM-775 was first investigated in animal models in 1957, where it was observed to be "qualitatively similar to LSD" albeit with a significantly lower potency and "half the duration". It was later briefly described as one of the many analogs of LSD by Alexander Shulgin in his book TiHKAL ("Tryptamines I Have Known and Loved"), in which he mentions conflicting reports, with one stating that "75 micrograms is an effective dose, comparable to a similar dose of LSD, and the other stating that "between 350 and 700 micrograms was needed" while producing "fewer signs of cardiovascular stimulation and peripheral toxicity.

" Since then, it has been observed that the latter observation is a more accurate description of LSM-775’s potency in humans, meaning it possesses about 1/10th the potency of LSD. Very little data exists about the pharmacological properties, metabolism, and toxicity of LSM-775, and it has very little history of human usage. It has recently appeared on the market alongside research chemical psychedelic lysergamides such as AL-LAD, ETH-LAD and PARGY-LAD as a legal, grey-market alternative to LSD, and commercially distributed through online research chemical vendors (although it is considered to be one of the least popular and available in the series).

Despite its low observed potency relative to LSD, it is still highly advised to approach this unstudied hallucinogenic substance with the proper amount of precaution and harm reduction practices if one chooses to use it.

LSM-775 is a structural analog of lysergic acid, with a morpholinyl functional group bound to RN of the chemical structure.

This core polycyclic structure is an ergoline derivative, and has overlapping tryptamine and phenethylamine groups embedded within it (although it is principally classed as a tryptamine).