The most popular psychedelic amphetamine due to its pleasant effects, lower potency and shorter duration. Effects have been described as 'sillier' than LSD and related DOX chemicals 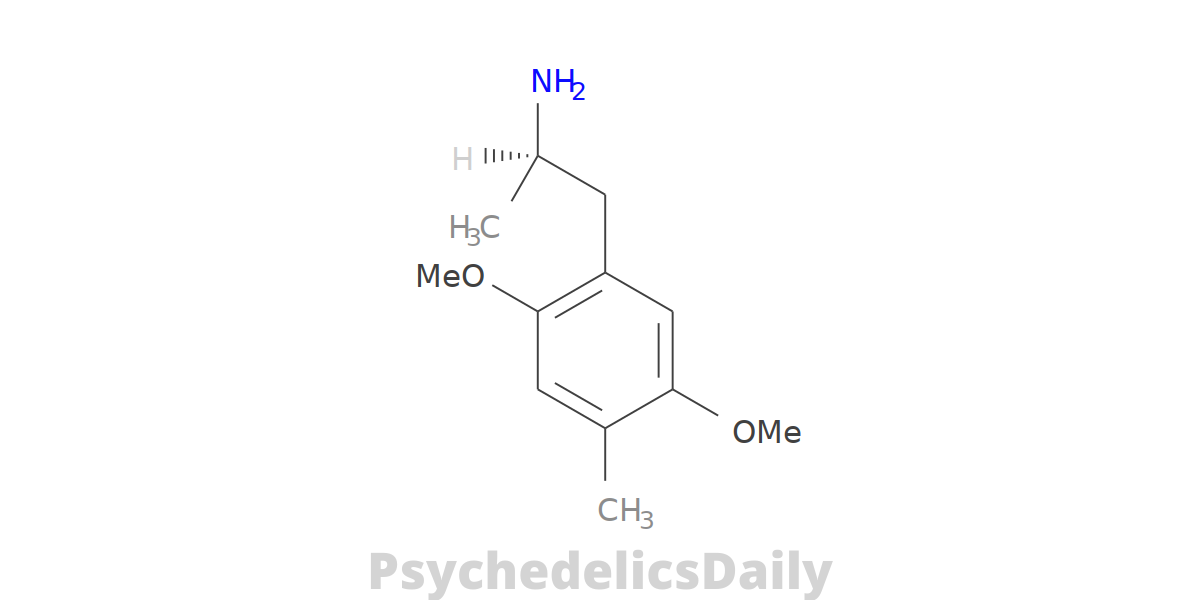 The most popular psychedelic amphetamine due to its pleasant effects, lower potency and shorter duration. Effects have been described as ‘sillier’ than LSD and related DOX chemicals

DOM is a member of the DOx family of compounds which are known for their high potency, long duration, and mixture of psychedelic and stimulant effects. It produces its effects by acting on serotonin receptors in the brain. DOM was first synthesized and tested in 1963 by Alexander Shulgin.

It attained some popularity during the summer of 1967 under the name “STP” (“Serenity, Tranquility, and Peace”), but its use was short-lived due to its side effects. In 1991, the synthesis and pharmacology of DOM was published in Shulgin’s book PiHKAL (“Phenethylamines I Have Known And Loved”). .

Over the years, DOM has gained a reputation for being a highly dose-sensitive psychedelic that is often sold on blotting paper and known for its strong visuals, body load and neutral, analytical headspace. Many reports also indicate that the effects of this chemical may be overly difficult to use for those who are not already experienced with psychedelics.

DOM is part of the so-called "magical half-dozen" which refers to Shulgin's self-rated most important phenethylamine compounds, all of which except mescaline he developed and synthesized himself. They are found within the first book of PiHKAL and are as follows: Mescaline, DOM, 2C-B, 2C-E, 2C-T-2 and 2C-T-7. In mid-1967, tablets containing 20 mg (later 10 mg) of DOM were widely distributed in the Haight-Ashbury District of San Francisco under the name of "STP" (short for "Serenity, Tranquility, and Peace"). This short-lived appearance of DOM on the black market proved disastrous for several reasons.

First, the tablets contained an excessively high dose of the chemical. This, combined with DOM’s slow onset of action (which encouraged some users, familiar with substances that have quicker onsets, such as LSD, to re-dose) and its remarkably long duration, caused many users to panic and sent some to the emergency room. Second, treatment of such overdoses was complicated by the fact that it was unknown at the time that the tablets called “STP” were DOM.

Internationally, mescaline is part of the the Convention on Psychotropic Substances of 1971 as a Schedule I substance.