An empathogen structurally similar to MDMA. Typically more visual than MDMA. Often reported to be much less stimulating and more relaxing than most other stimulating empathogens. Less psychedelic than 6-APB. Much longer lasting than MDMA. 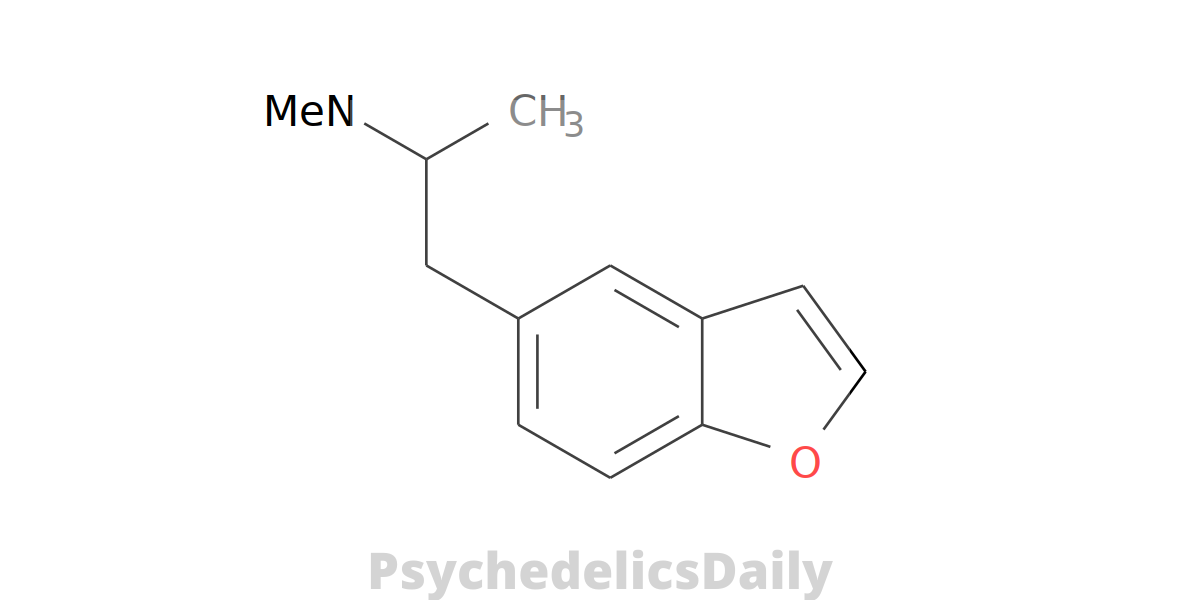 An empathogen structurally similar to MDMA. Typically more visual than MDMA. Often reported to be much less stimulating and more relaxing than most other stimulating empathogens. Less psychedelic than 6-APB. Much longer lasting than MDMA.

These include such MDA-inspired substances as 5-APB, 6-APB and 5-EAPB, among others. 5-MAPB is the N-methylated form of 5-APB, analogously to how MDMA is the N-methylated form of MDA. This compound is known for its stimulating, euphoric and entactogenic effects that is capable of acting a quasi-substitute for MDMA proper, which has resulted in its rise in popularity as a research chemical that is easily accessible through the use of online vendors.

It is comprised of an N-methylated ethylamine chain and a furan ring attached to a central benzene ring.

It can also be classified as a derivative of methamphetamine because the N-methylated ethylamine chain is alpha methylated in an analagous manner.

Molecules of the amphetamine class contain a phenethylamine core featuring a phenyl ring bound to an amino (NH2) group through an ethyl chain with an additional methyl substitution at Rα.