A triple monoamine reuptake inhibitor. This agonism for 5-HT2B makes it likely that 5-APB would be cardiotoxic with long term use, as seen in other 5-HT2B agonists such as fenfluramine and MDMA. 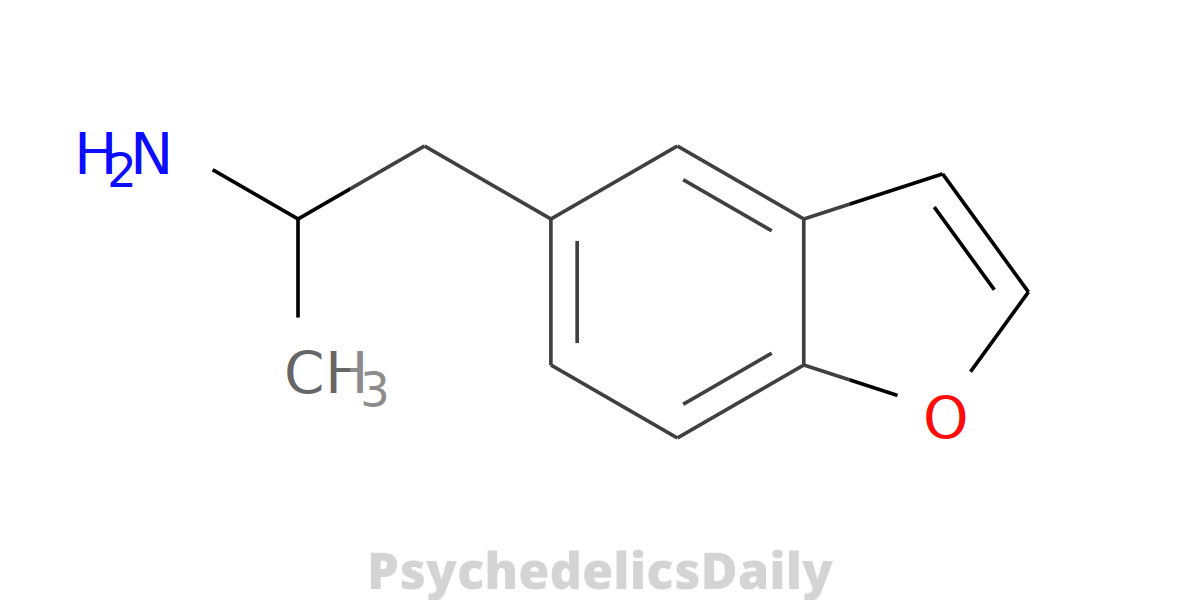 A triple monoamine reuptake inhibitor. This agonism for 5-HT2B makes it likely that 5-APB would be cardiotoxic with long term use, as seen in other 5-HT2B agonists such as fenfluramine and MDMA.

It is structurally related to entactogens like 5-MAPB, 6-APB, and MDA. 5-APB was first synthesized in 1993 by psychedelic chemist and researcher David E. Nichols as a potential non-neurotoxic alternative to MDMA.

However, it did not come into popular recreational use until over a decade later, where it briefly entered the rave scene and global research chemicals market. It was sold along with other novel benzofuran entactogens under the name “Benzofury” before its sale and import were subsequently banned. Compared to other members of its family such as 6-APB and 5-MAPB, this compound in particular is known for its stimulating and euphoric effects which has resulted in its rise in popularity as a product which is easily accessible through the use of online research chemical vendors.

It has been commercially distributed as a designer drug alternative to MDMA since 2010. Very little data exists about the pharmacological properties, metabolism, and toxicity of 5-APB in humans, and it has only a brief history of human usage. It is highly advised that one take proper precautions, conduct independent research, and use proper harm reduction practices if choosing to use with this substance.

The synthesis of 5-APB was first reported by a team led by the medicinal chemist and psychedelic researcher David E. Nichols at Purdue University. They were examining the role of the MDA dioxle ring structure in interacting with serotonergic neurons.

It was also partly an effort to find an alternative to MDMA, which was gaining recognition as a potentially useful adjunct in psychotherapy, but was also being linked to neurotoxic effects. Human usage was not documented until 2010, when it emerged for sale on the research chemical market. It was particularly prominent in the UK “legal highs” market, where it was sold under the name “Benzofury”. On June 10, 2013 5-APB and a number of analogues were classified as Temporary Class Drugs in the UK following an ACMD recommendation. On November 28, 2013 the ACMD recommended that 5-APB and related benzofurans should become Class B, Schedule 1 substances.

On March 5, 2014 the UK Home Office announced that 6-APB would be made a class B drug on 10 June 2014 alongside every other benzofuran entactogen and many structurally related drugs.

It can also be classified as an amphetamine derivative because the ethylamine chain is alpha methylated.

Molecules of the amphetamine class contain a phenethylamine core featuring a phenyl ring bound to an amino (NH2) group through an ethyl chain with an additional methyl substitution at Rα.

5-APB is commonly found as the succinate and hydrochloride salt.

The hydrochloride salt is 10% more potent by mass so doses should be adjusted accordingly.