A relatively uncommon psychedelic phenethylamine and possible MAOI. Long lasting, an possesses an unpredictable dosage curve. Questionable safety in combination with most things. 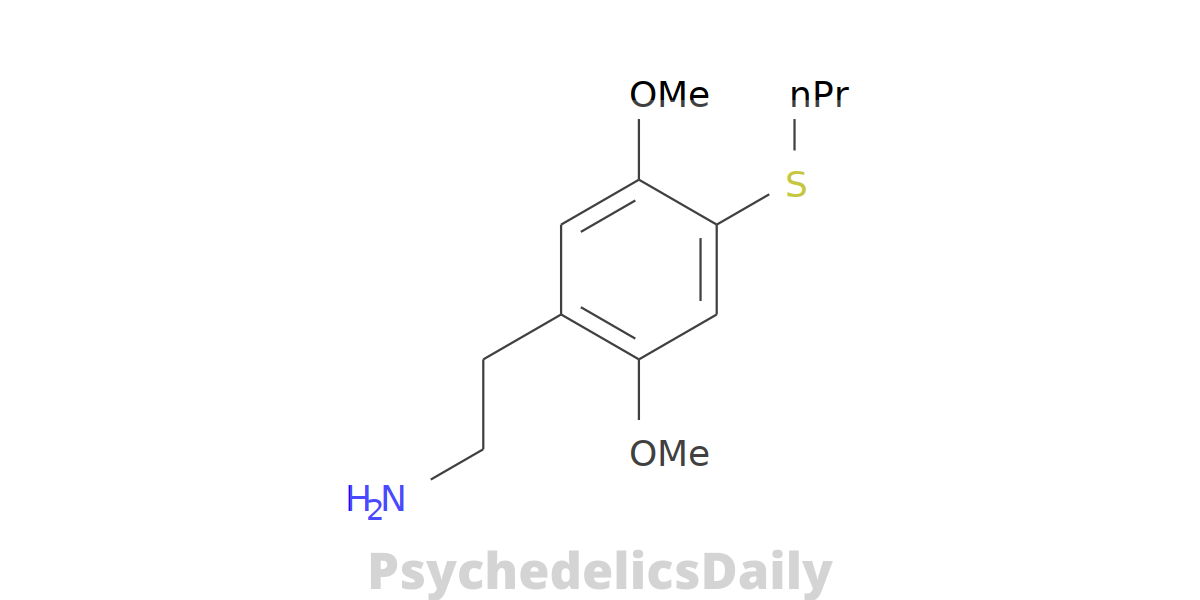 A relatively uncommon psychedelic phenethylamine and possible MAOI. Long lasting, an possesses an unpredictable dosage curve. Questionable safety in combination with most things.

2C-T-7 was first synthesized by Alexander Shulgin and documented in his book PiHKAL ("Phenethylamines I Have Known and Loved"). It is a member of the 2C-x family of psychedelic phenethylamines, all of which were derived from the systematic modification of the mescaline molecule. In contrast to other members of the 2C-x family, 2C-T-7 has gained a reputation of being an unpredictable, dose-sensitive psychedelic capable of producing strong visual effects and an intense body load, which can manifest as a dangerous delirium in extreme cases.

Many reports indicate that the physical effects are too severe for inexperienced users or those with pre-existing medical conditions. This particular compound is part of the so-called “magical half-dozen” which refers to Shulgin’s self-rated most important phenethylamine compounds, all of which – with the exception of mescaline – he designed, synthesized and tested on himself. They can be found within the first book of PiHKAL, and are as follows: Mescaline, DOM, 2C-B, 2C-E, 2C-T-2 and 2C-T-7.

2C-T-7 is also substituted at R4 with a propyl thioether group. 2C-T-7 is analogous to 2C-T-2; the two differ by the length of the alkane chain in their thioether functional group.