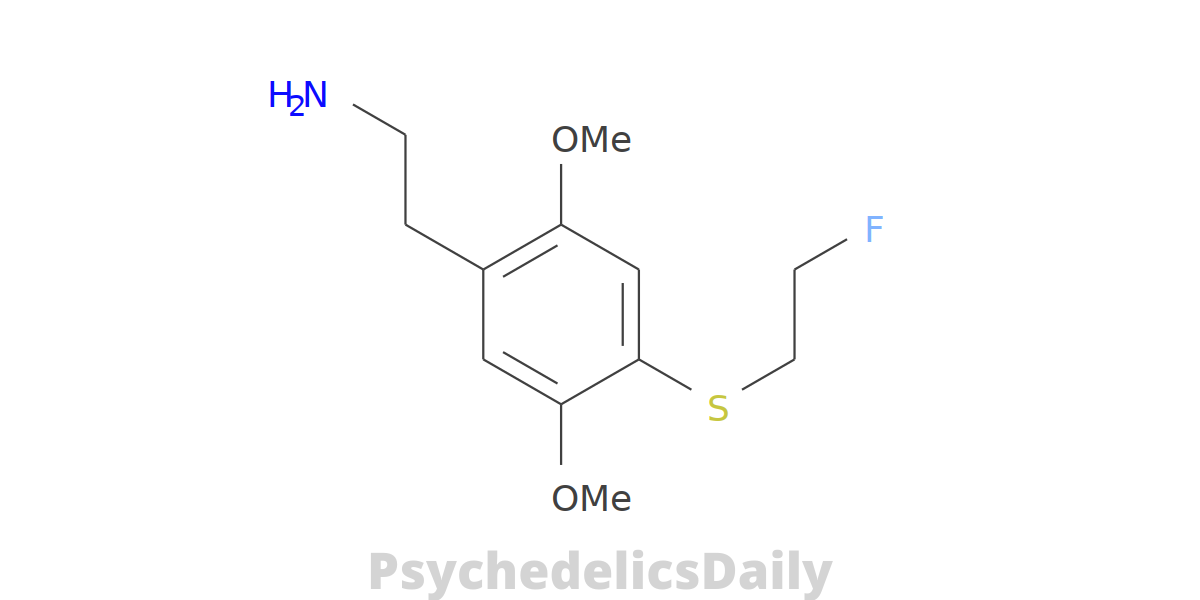 It is a member of the 2C-x family of psychedelic phenethylamines, all of which were derived from the systematic modification of the mescaline molecule. 2C-T-21 was first synthesized by Alexander Shulgin and documented in his book PiHKAL ("Phenethylamines I Have Known and Loved"). The dosage range is listed as 8–12 mg.

It is described in various reports as being generally relaxed and clear-headed with mild visual effects. In his book “Thanatos To Eros, 35 Years of Psychedelic Exploration”, Myron Stolaroff describes it as “not psychedelic, but a wonderful energizer”, along with displaying a notable lack of appetite suppression typically observed with members of its class. In March 2004, a 22-year-old American male died after ingesting an unknown amount of 2C-T-21.

This death became part of a two-year DEA investigation called “Operation Web Tryp” which ended with the arrests of 10 persons involved in the online distribution of research chemicals. 2C-T-21 remains unscheduled in the United States. Very little data exists about the pharmacological properties, metabolism, and toxicity of 2C-T-21, and it has little history of human usage.

Today, it is used for the purposes of recreation and experimental psychotherapy. It has no history of being sold on the streets and is very sporadically sold online as a grey area research chemical. It is strongly advised to use harm reduction practices if using this substance.