A fairly generic psychedelic famed for being usable as 'psychedelic tofu'. Little character of its own but pleasant in combinations. 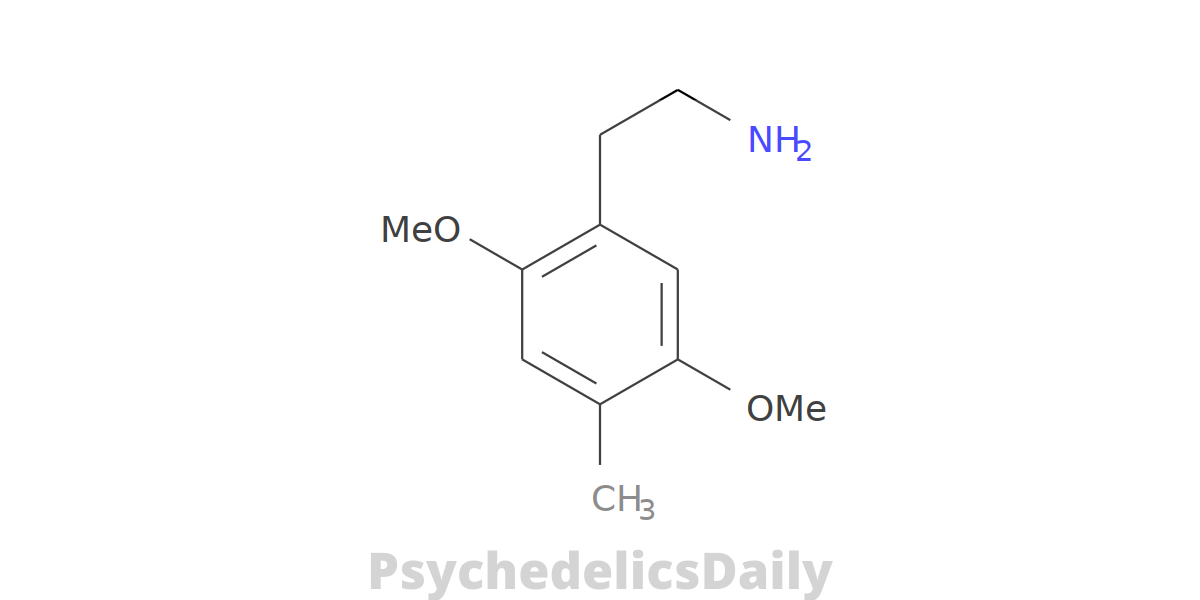 A fairly generic psychedelic famed for being usable as “psychedelic tofu”. Little character of its own but pleasant in combinations.

Its sensory and cognitive effects profile has been described as being the most similar to that of mescaline among members of the 2C-x family, albeit with a significantly shorter duration. The synthesis of 2C-D was first published in 1970 by a team from the Texas Research Institute of Mental Sciences. Initial trials by Alexander Shulgin at sub-threshold doses in humans were carried out in 1964.

Many anecdotal reports suggest that it is calmer, easier to handle and more comfortable on the body than other closely related psychedelic phenethylamines. While not especially visual or physically euphoric at common doses, it is reported to be very lucid, analytical and unimpaired in its headspace - a quality it retains even as the dose is increased. Lower doses of 2C-D (generally 10 mg or less) have been explored for its use as a potential nootropic, albeit with mixed results.

Today, 2C-D is used both recreationally and as an entheogen. It is rarely sold on the streets and almost exclusively distributed as a gray area research chemical by online vendors.

Further investigations at higher doses were carried out by Shulgin and his fellow researchers between 1974 and 1978. The name '2C-D' derives from the chemical's structure - it is the 2-Carbon analogue of DOM. Shulgin notably referred to 2C-D as a “pharmacological tofu,” meaning it can extend or potentiate the effect of other substances without overly coloring the experience, in a manner similar to how tofu absorbs the flavors of sauces or spices it is cooked with. While some use this as evidence that 2C-D is relatively uninteresting as a psychedelic on its own, others strongly disagree with this assessment and hold that 2C-D is an unusually versatile and fully-fledged psychedelic in its own right. Despite showing promise as a very functional psychostimulant with successful studies investigating the use in psychotherapy in Germany, 2C-D has not found widespread use.

This has been argued to be due to the previously limited diversity of substances on the market - a consumer dynamic which has changed significantly with the advent of the internet - allowing a broader freedom of choice for explorers of psychedelic phenethylamines. Of these, it tends to be substantially harder to find and notably more expensive by weight.

2C-D contains methoxy functional groups CH3O- attached to carbons R2 and R5 as well as a methyl group attached to carbon R4 of the phenyl ring. 2C-D belongs to the 2C family of phenethylamines which contain methoxy groups on the 2 and 5 positions of the benzene ring.