Top 5 Myths About Psychedelics You Need To Know 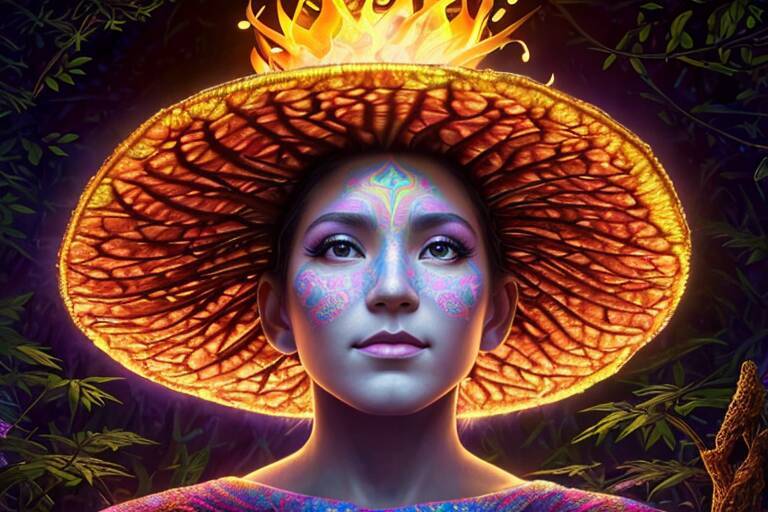 There are many misconceptions about psychedelics in the modern world. Many people associate psychedelics in their minds as festival and party drugs. I remember one time when I was in 9th grade, our health teacher told us that LSD (acid) makes your nose bleed and causes holes to be formed in your brain. Of course I knew better, even at that time.

Here are five of the most popular myths about psychedelics that I think need to be dispelled and corrected, so people can understand psychedelics and discuss them in an honest manner that doesn’t lead to detriment.

Psychedelics have been used by shamans of indigenous tribes, all over the world, for spiritual and divination purposes1.

However, there is a vast majority of the public that looks at psychedelics as party drugs to be used primarily at festivals. The studies conducted by John Hopkins University, sponsored by MAPS.org on MDMA proves otherwise.

Psychedelics have helped many people with depressive disorders2, trauma, cancer (end-of-life anxiety)3, and they have described their experiences as being wholly positive and uplifting.4

The Amazonian Shamans used a brew called Ayahuasca, containing two plants: MAOi (Banisteriopsis Caapi vine) and Psychotria Viridis (or Mimosa Hostilis) which contain the most powerful psychedelic known to man, DMT, for spiritual and healing purposes. Ayahuasca has been shown to have amazingly positive effects on depression5. Read our guide on What is DMT to find out more.

The Mazatec Shamans of Oaxaca, Mexico use the Salvia Divinorum plant for healing and religious ceremonies. Salvia provides one of the most intense psychedelic experiences known to man. It is said that after taking Salvia, one sees through the eyes of the Goddess of Planet Earth, Mother Salvia, and that salvia takes you back in time on a journey, where you see your entire being from beginning life through her eyes.6

Scientific studies on Salvia have shown its therapeutic abilities in controlled settings.7

For those interested in Salvia, we recommend reading our article about using this amazing plant.

Psychedelics have a long history in human cultures, dating back to pre-historic days of the Archaic Man.8

Another great misconception about psychedelics, including cannabis, is that they damage the brain. On the contrary, the opposite has shown to be true. There are studies done by prominent scientists showing that traditional psychedelics such as LSD (Acid), Magic Mushrooms, DMT (also used in Ayahuasca), and MDMA instead help to heal the brain. According to a Cell Report9, psychedelics promote neuroplasticity.

Psychedelics help heal the brain and release damaging habits instilled through trauma by increasing neuroplasticity - this means that they are generally good for developing new neural pathways that help users cope with difficult situations in a healthy manner.

This is yet another bogus belief, and a huge misconception about LSD. The truth of the matter is that Albert Hofmann, the swiss chemist who developed LSD, did so in order to research the branch of medicine and surgery concerned with childbirth and the care of women giving birth, known as obstetrics, in order to induce labor in pregnant women.

On average, in the 1940s, 10,000 women were dying from childbirth. Research was being conducted to see if this could be prevented. LSD is derived from the ergot fungus, which has a long history of human use in order to induce labor.10

Ergot has a long history of use among the midwives and shamans who have used the ergotimines for their ability to induce labor, and to prevent bleeding after birth, known as post-partum hemorrhage, which was the leading cause of death in childbirth.11

LSD is one of the most influential psychedelics humans have ever invented. Here are 9 facts about LSD that you should know that will clear up most misconceptions about this incredibly useful and healing drug.

Like any other tool or technology, its use can promote experiences characterized by pleasure, or suffering; joy, or anxiety.

While true that some of the hallmarks of psychedelics, such as visionary states, feelings of happiness, euphoria, and oneness with the Universe are common, the actual experience’s content is generated by one’s own memory and associations.13

Sometimes people have bad trips, and there is a history of violence associated with bad trips. Though LSD itself does not make a person violent, it can make the person paranoid which can lead to violence. Some examples are an LSD-fueled fatal stabbing which took place in Nederland, and another sad story of a boy, aged 15, who stabbed his best friend during a ‘bad’ LSD trip.

According to Terence McKenna, psychedelics feed on intelligence. Intelligence, of a certain kind, is gained through a vastness of experience which leads to connections being made in the brain. The more a person has in their brain as knowledge, the more the psychedelic has to work with. One could extrapolate from this that the lower the intelligence, the less challenging the psychedelic experience becomes.14

Every psychedelic experience is different and unique. The same person smoking DMT twice will have two different experiences.

Psychedelics Always Have A Beneficial Effect On A Person Through Therapy

Everyone Should Try Psychedelics at Least Once

This is not true. Psychedelics don’t always produce benefits for everyone who takes them. Some people with a low threshold for psychosis, schizophrenia or a history of mental illness in the family should avoid psychedelics as they can trigger these illnesses.15

Here is an example of someone battling suicidal feelings after having consumed LSD.

The notion that every single person ought to try psychedelics, or is ready to allow that kind of transformative experience into their life (at least without a fight from the ego, a potential psychotic break, or the inability to continue functioning in society in the same way as before) is one of the biggest misconceptions and potentially the most dangerous advice possible - we live in a world that is not always safe for psychedelic journeying, and it is possible for an individual to have an experience that ends up “ruining their life”. Like any psychotropic drug, there are contraindications. Psychedelics sometimes can work against a person instead of in their favor. This depends upon many factors such as past trauma, set and setting, intelligence, and general emotional states.

There are many ways of understanding oneself without psychedelics. To achieve a better mind and body connection and to be in tune with nature does not always require the use of psychedelics. This is not to say that psychedelics are not useful, or that they are dangerous. In very rare cases, psychedelics can pose a danger to the person and those around them.